DISCLAIMER: Nobody has paid me to talk about the program/app I cover in this post. I am not necessarily endorsing it; I am simply explaining why it works for me and hope that my experience may help another writer out there. 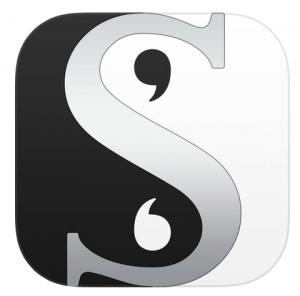 I don’t know about other writers, but I need a convenient writing platform and the appropriate tools to keep everything moving swiftly. For many, many, many years (maybe 20+) I have used Word to capture my text. And for a good deal of those years, Word was sufficient to my needs. Even when I started self-publishing, I could format a book—both print and digital—with some ease within its confines. But a little over a year ago, I discovered that my current version of Word (2016) had become cumbersome and twitchy when it came to formatting for print in particular. Then, a few weeks ago, Microsoft did an update to the app which turned things topsy-turvy, and I said, “Enough!”

I have known about Scrivener for a couple of years now. It’s a powerful program for writers of books. I tried it out a few years back but returned to Word because, well, change is hard, right? I wanted to keep doing what I was doing because it was working. If it ain’t broke… But then Word kinda broke, and I decided it was time to give Scrivener another try.

The first great thing about Scrivener is you get a 30-day trial. And it’s not just 30 days from the day you download it; it’s 30 days of use. So if you don’t open it for a day or two or a week or even a year, the remaining days are there when you do use it again. I think that’s damn straight of them. The second great thing is it’s a single purchase program. If they create a new version, you do have to pay for that, but I suppose you can always stick with what you have and not update. Updates within the version are free, however. And a plus for those purchasing it for Windows right now is they’re including the upcoming version 3 in the package.

But there’s more. Because it is specifically geared to long, broken-into-chapters-or-parts projects, you can open a “project” and put all your chapters (or whatever) in that project. They remain separate, but should you decide to print the entire project for a beta reader or to prep it for publication, all you have to do is “compile” the individual chapters in the order you’ve placed them in the “binder,” and you have a complete document.

Now, let me say one thing about this. The selling point for me came after I had compiled a beta copy of my WIP in Word, one chapter at a time, for my betas and partway through realized I had left out intervening material (I call them “interludes”). I looked at Scrivener after that and realized how much easier the process would have been from there. Purchased and done. I am now writing book projects exclusively in Scrivener.

And in case you’re thinking well, that’s nice, but what’s the learning curve. Not long, actually. It has a multitude of bells and whistles, a great many of which your particular process will never require. But what could be useful is more than likely there. I’m not going to give you the link to their site because that just feels like selling my soul. Just run a search—you’ll find it.

Next time I plan on discussing text expanders and how important they are to writers. If you’re not using a text expander (Autocorrect in Word is one example), you’re wasting a lot of time on fixing typos and typing other stuff. But that’s for my next post.